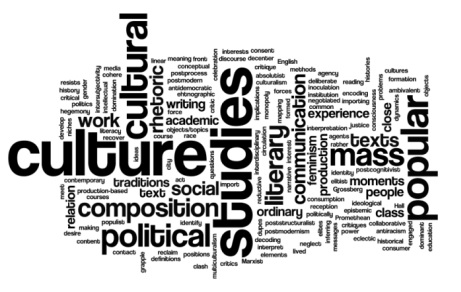 RE: Motivation letter for Master in Cultural and Critical Studies

I was born on the 7th of November, 1990, in Skopje, Macedonia, where I graduated at the Department of Art History of the University of Skopje, Faculty of Philosophy. I am currently finishing my Master’s studies at the same university, Faculty of Political Sciences, Department of the Theory of Culture and Gender Studies. Given the extraordinary quality of programs at the University of Nottingham, I would be honoured to continue my further education at your Cultural and Critical Studies Master’s course.

Throughout my studies of Art History I found the fields of modern and contemporary art and culture the most interesting. In a wide range of topics covered in several courses, in which I also achieved the highest grades, I acquired a broad knowledge of the key tendencies in modern and contemporary art, and I also developed the ability to approach art through various concepts and ideas – in other words to see History of Art as Histories of art. As a result, I have developed a research interest in various topics, such as that of the representation of culture, identity and gender in art, to which I devoted my final thesis “Lustmord in Weimar Germany: Representations of Sexual Murder”. There I examined the representations of sexual murder in Weimar painting, literature and film, which also included the portrayal of the cultural climate that created such representations.

Inspired by my final thesis and the socio-politic environment I live in, where the questions of human rights and respecting the Other are always raised, I decided to enrol in the Master’s course on the Theory of Culture and Gender Studies (with an emphasis on gender studies). There, I was introduced to a number of philosophical and theoretical subjects such as gender, body, identities, to name a few, but also, within the course of Cultural Anthropology, to the broad field of subjects that cultural studies inquire – from concepts of culture, myths, religion, rituals, to symbols, languages, etc. All this knowledge made me think differently not just about the society, but of the art and visual culture as well. This drew me particularly to the course on Gender, Body and Sexuality, for which I wrote the essay on Body Subject and the role of the Body in Feminist Art, which I later presented at the international course on Feminist Critical Analysis: Science, Bodies and the New Materialism in Osijek, Croatia, in 2015. In that work I examined the subject of body trough phenomenology, starting from Merleau – Ponty to the more recent feminist phenomenologists, such as Elizabeth Grosz, with the idea of questioning the importance of these theories and social changes for body art, as well as its importance for the transgression from representation to presentation of the female body in art, as the reflection of new cultural turbulences that appeared at the time.The subject relating visual culture and body, as well as culture and film, was also explored in my lecture held at the Film Artistic Studio’s Identity motion picture cycle, named Docile bodies: Pasolini’s Salo. There I investigated the role of body in Pasolini’s film, this time employing discursive analysis. With reliance on Foucault’s idea of docile bodies, I tried to shed some light on Pasolini’s vision of what power does to human bodies, reducing it to an object/thing. Such inquiries inspired me to continue my education researching the intersection of the two fields I am interested in the most: contemporary art and theories of identity and culture.Therefore, in addition to my current Masters programme in Theory of culture and Gender Studies, which have shown me the new ways of thinking about society, I believe that MA in Cultural and Critical Studies would certainly give me an opportunity to merge these interests with my other big passion which is visual culture.

I am particularly interested in MA studies at Nottingham University, because it is a rare programme that allows interdisciplinary researching in the context of culture through the wide range of fields I am interested in. Starting from the fact that these studies of culture include visual culture, over the fact that they imply cross-cultural studies that go far beyond traditional Eurocentric views, to the point where studying contemporary culture really means studying the latest tendencies in our culture, which encompass the last couple of decades. In addition, as a passionate cinephile, I am especially pleased to see that, among other theorist I am interested in, emphasize will be put on Vertov, Lang and Haneke. Through this rich assortment of courses I see the chance to conjoin my interests in gender, culture, identity on the one hand, and contemporary art and other means of visual communication on the other.

Therefore, I hope that I will qualify for the opportunity to proceed with my studies in MA in Cultural and Critical Studies at the University of Nottingham. I am looking forward to this opportunity, and I am eager to hearing back from you.